Want to live in a more harmonious & sustainable world? Check out our new guide:
5 Ways You Can Create More Harmony & Sustainability 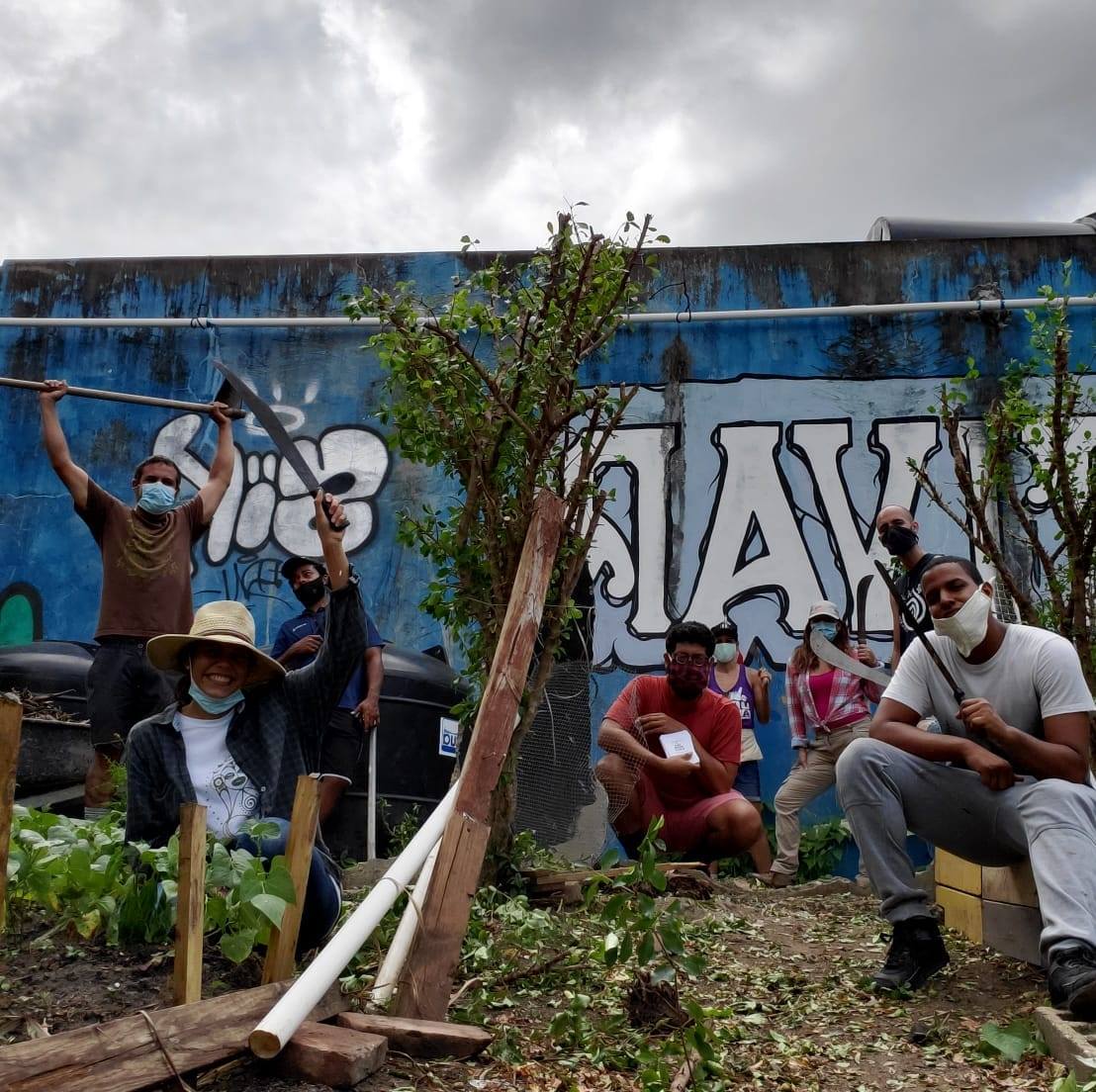 One of Urbe Apie's emblematic projects for food sustainability is Huerto Feliz, which translates to the "happy garden". Huerto Feliz is a rescued space for growing plants, sharing ancestral knowledge in agroecology and permaculture. It also functions as a meeting point where the community establishes empathic relationships with their environment and sows seeds from plants living in the urban common spaces. El Huerto Feliz is the headquarters of the future network of Huertos Felices, multiple community gardens, which seeks to revitalize over 14 lots in order to achieve a self-sustaining community.

To maximize the use of the water resource derived from rain, we decided on a strategic plan and first stage: 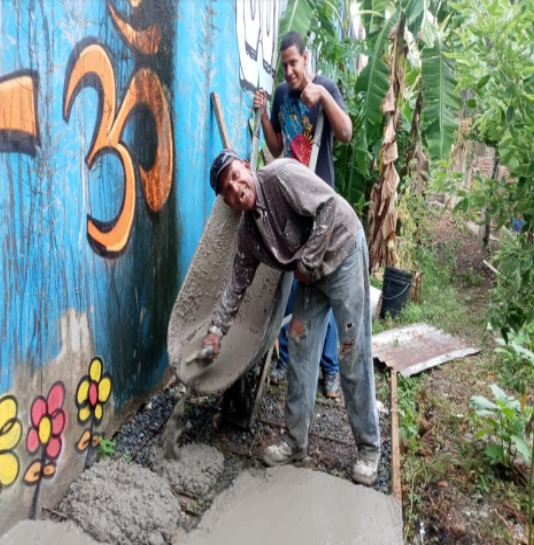 I. Water Collection System
Add 2 tanks over 500 gallons.
Create a concrete and rebar floor to better support the tanks and create a more comfortable space.
Improve the water collection pipe that had been affected by the atmospheric phenomena that were happening in the middle of last summer.
Connect the existing pipe to the annex space used by Hermanxs de la Calle for its risk reduction exchange.
Create a French drain.
Strengthen the irrigation system.
Expand the water catchment consumed by Urbe Apie spaces: the Huerto Feliz, Valle Garita, Hermaxs de la Calle, and the Center for Mutual Aid.
Another of the emblematic projects of Urbe Apie is the building rescued for housing, Valle Garita, which is an important part of the ecosystem of cells for social development called La Cuadra. In the past, Valle Garita has served as temporary housing and lodging for community groups that visit us from different parts of the world. As well as accommodation for young people or people interested in doing volunteer work at the Urbe Apie Organization and the Mutual Support Center.
As part of the first stage, the brigades were also started in Valle Garita. In these brigades the following was developed; 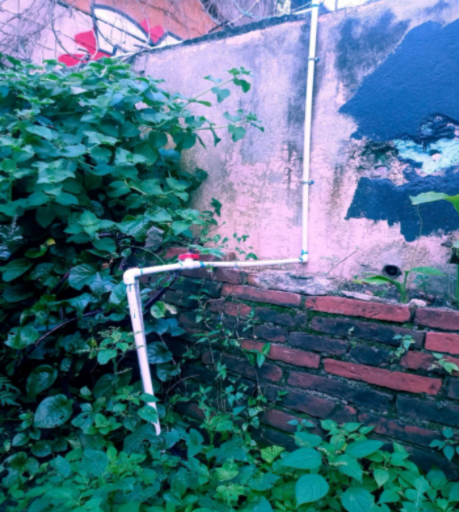 II. Cleaning and painting brigades in Valle Garita
2 brigades were organized before the decree of the pandemic and the lock down.
The third level was hit.
A pressure machine was passed to clean the traces of burned wall, due to the fire.
The third level was almost completely painted.
The gates were welded to give the building more security.
The water pipe that carries the water from the Cistern at the 4th level to the first level was finished.
All the false walls on the second level were knocked down.

Due to the decree of confinement and recess of operations that the Government imposed due to the disproportionate rise in infections by COVID 19 in the world, the coordinator Tobias Campbell had to return to his country of origin and, given the lock down, he could not continue the work as planned. After the issue began to normalize, the Center for Mutual Support and Urbe Apie began to distribute Solidarity Purchases, an initiative that sought to bring food to the people who were most affected by the pandemic closures. More than 15,000 families in the area were impacted. We brought supplies to more than 10 communities in other regions of the country. This put complex work on Valle Garita and Huerto Feliz on hold. 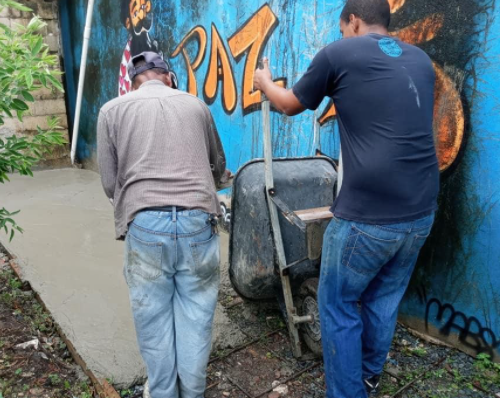 As of this time, January 2021, all that remains to complete this rainwater catchment system is for the neighbor Pucho to finish assembling the last part of the pipe. It is expected that by the end of January, it will be completed. In other related news, Urbe Apie's Valle Garita will have a Fig Tree Museum, this project will be inaugurated on February 28, 2021. Similarly, a coordinator for the right to housing was obtained, this coordinator has the task of coordinating and monitoring brigades, searching for quotes for the construction of windows and creating a campaign that promotes the right to housing to the city.

ALL of this was financed thanks to the giant effort of our collaborative partner organization CommonGoods Network, which, together with us, created a fundraising campaign that brought in the resources needed to accomplish this rainwater catchment project. The campaign raised over $6,000!

Thank you for trusting the work we do!

Translated from a report provided in Spanish by Urbe Apie in January 2021.